Monday 31st March saw the release of a new Johnny Cash album titled Out Among The Stars. The tracks, recorded between 1981 and 1984 but all previously unreleased,  are classic Cash, with highlights including awesome duets with June Carter Cash and Waylon Jennings and superb performances from many legendary Nashville session musicians.

Johnny was a renowned Martin Guitar player- he even had is own signature model. To celebrate this fact and this rather cool new record release we’ve teamed up with Sony Records to stage a Johnny Cash ‘pop up takeover’ of Westside MI, Denmark Street, London.

Throughout this weekend the Westside Showroom will be previewing the new album and offering the chance to win some superb Johnny Cash, Martin and Jim Dunlop prizes. Check out the competition by clicking here.

Check out the rather fine window display too: 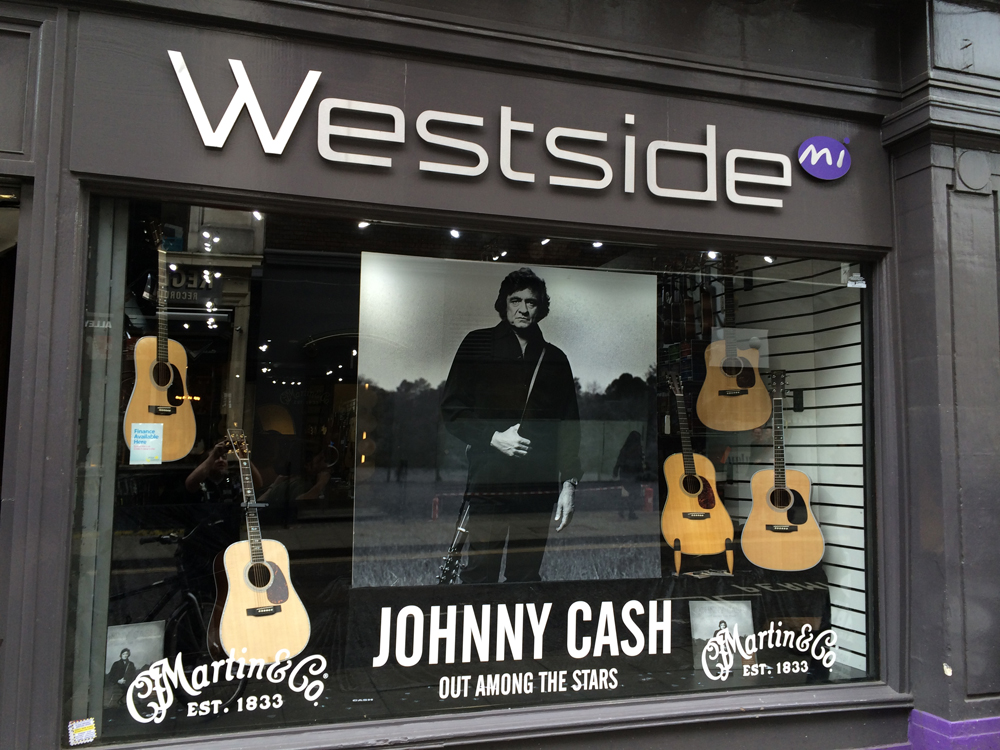 Get down to Westside MI, 24 Denmark Street London this weekend and get yourself a bit of Cash!

The album is available now, have a look here: http://smarturl.it/Cash_Amz_store?IQid=Westside

Check out the lead track from the album below: