“MARK GUILIANA, A TECHNICAL MASTER WITH A RARE SENSE OF MUSICALITY, HAS OVER THE LAST DECADE BECOME ONE OF THE MOST INFLUENTIAL DRUMMERS OF HIS GENERATION” – JAZZTIMES

The above quotation is something you can’t really argue with.

His album credits range from Blackstar, the critically and commercially acclaimed final studio recording of the late, great David Bowie, to studio work and touring around the world with artists including Brad Mehldau, Meshell Ndegeocello, Gretchen Parlato, Avishai Cohen (bass), Matisyahu, Lionel Loueke, and his own groups, Beat Music and the Mark Guiliana Jazz Quartet.

Mark’s headline performance at the 2016 London Drum Show was met with adulation as queues for his after-performance-signing snaked out of the building!

In association with Mike Dolbear, Mark Guiliana is heading out across the UK for 6 shows & 4 Masterclasses that should NOT be missed!

You can see Mark by buying tickets at one of the following:

Members of the SABIAN UK team will be at each event with a huge display of new 2017 SABIAN product including the beautiful Artisan Elite and much more. With exclusive deals to be had on the day it’s one not to miss! 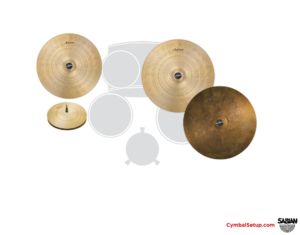 Contact your closest venue for more information on this great tour.