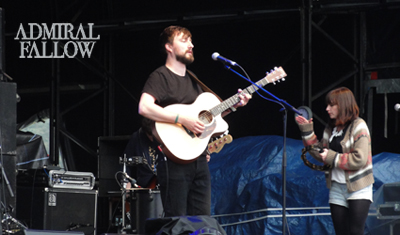 The first day of the 2012 Rockness festival, held in the Scottish Highlands by the picturesque banks of Loch Ness, saw a great showing for Martin guitar. Opening the festival was much loved Scottish band Admiral Fallow, led by singer Louis Abbott (switching between DC-15E & 000-16GTE Premium.) Just back from a six week UK tour promoting their beautiful new album,Treebursts In The Snow, the band received a rousing welcome from the festival crowd. 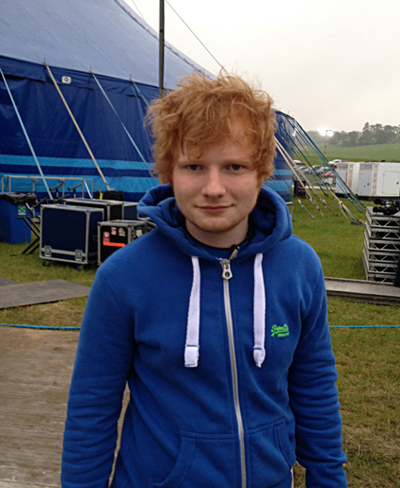 With his album ‘+” recently returned to #2 in the UK chart after a sensational performance at the Queen’s Diamond Jubilee concert, everyone knew that fans would be keen to see Ed Sheeran perform for the first time at Rockness. However to describe it as a frenzy would be an understatement! Ed literally blew the roof off the Golden Voice tent, delighting the massive crowd that had squeezed themselves into the huge big top, spilling out into the surrounding field. Singing along to every song, the audience became Ed’s ‘choir’ as he blazed through his set with confidence and ability way beyond his years. To see how this young man captivates, creating the most amazing layers of sound using just a Martin LX1E and a looper pedal has to be seen to be believed. (Well two LX1E’s actually – affectionately named Nigel and Cyril !) 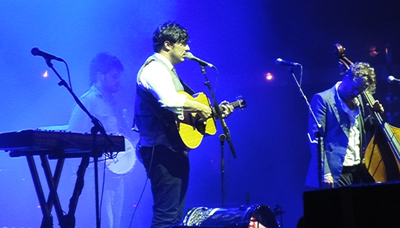 Mumford & Sons‘ set, closing the day on the Main Stage, was an eagerly anticipated event north of the border. It was just over a year since they had last played in the Highlands (one of the band’s favourite locations in the whole world) and those who ventured to the festival to see them perform were not left disappointed. In a stunning set leaving nothing out, the lads delivered the first class live performance for which they are now famous, the world over. Several new tracks were showcased from their forthcoming 2nd album that Ben told Rockness would be released in September. Marcus, as always, performed with his brace of D-28’s combined with an OM-21. A very special end to an incredible days music.