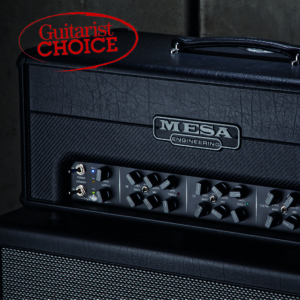 Available in three different configurations, Head, Rackmount or 1×12 Combo, the new 3-channel, 50-watt, EL-34 powered Triple Crown™ TC-50™ from MESA Engineering® captures the essence of Rock with the ability to inspire new genres in a way only MESA® can. Emanating from the “other side of MESA” that spawned Rock’s iconic Dual Rectifier®, this new platform features a bold set of new circuits unlike anything else in their line.

From bubbly, sparkling clean sounds rarely heard in this type of amp, to an amazingly tight and aggressive wall of Rock Crunch, to one of the most vocal, harmonically rich and gain-laden high-gain channels ever, the Triple Crown is aimed at Rock’s high-gain throne! Experience a new generation of Rock Roya

Reviewed in the March issue of Guitarist Magazine, the TC-50 Head received the “Guitarist Choice” award with a rating of 9/10 and such plaudits as;

“a thing of beauty”

Need versatility? The TC-50 features a handy BIAS SWITCH allowing you to swap the stock compliment of EL34s with the fatter, rounder sounding 6L6. For those who want a warmer, rounder response and more easily attainable power clip, 6V6s can also be used in the EL34 setting with a direct swap over, creating a “Half-Power” scenario that exudes a more bubbly, vintage voice and creamier top end harmonic content.

MESA’s legendary, lush, all-tube-Reverb drenches the TC-50’s three Channels with a beautiful 3-D halo and provides you with assignable choices on where to use it for the best results. Additional features include MIDI for true connectivity and a number of ways to access the amazing sounds and pro features in the TC-50. A STORE toggle switch allows simple one-touch writing of your foot-switchable functions to any of 256 MIDI Program Numbers. There is also a MIDI Channel mini Rotary Selector for syncing of the MIDI Channel to be used by your controller of choice.

The CabClone™ D.I., is featured as a convenient live or recording interface for direct input to a live or recording console (mixing board) without the need for a mic and you’ll find the full compliment of voicing options have been included; CLOSED BACK, OPEN BACK and VINTAGE, for increased versatility and different sound styles. A HEADPHONE out feature allows for personal enjoyment of the amplifier when it is not possible or you simply prefer to play without a speaker. 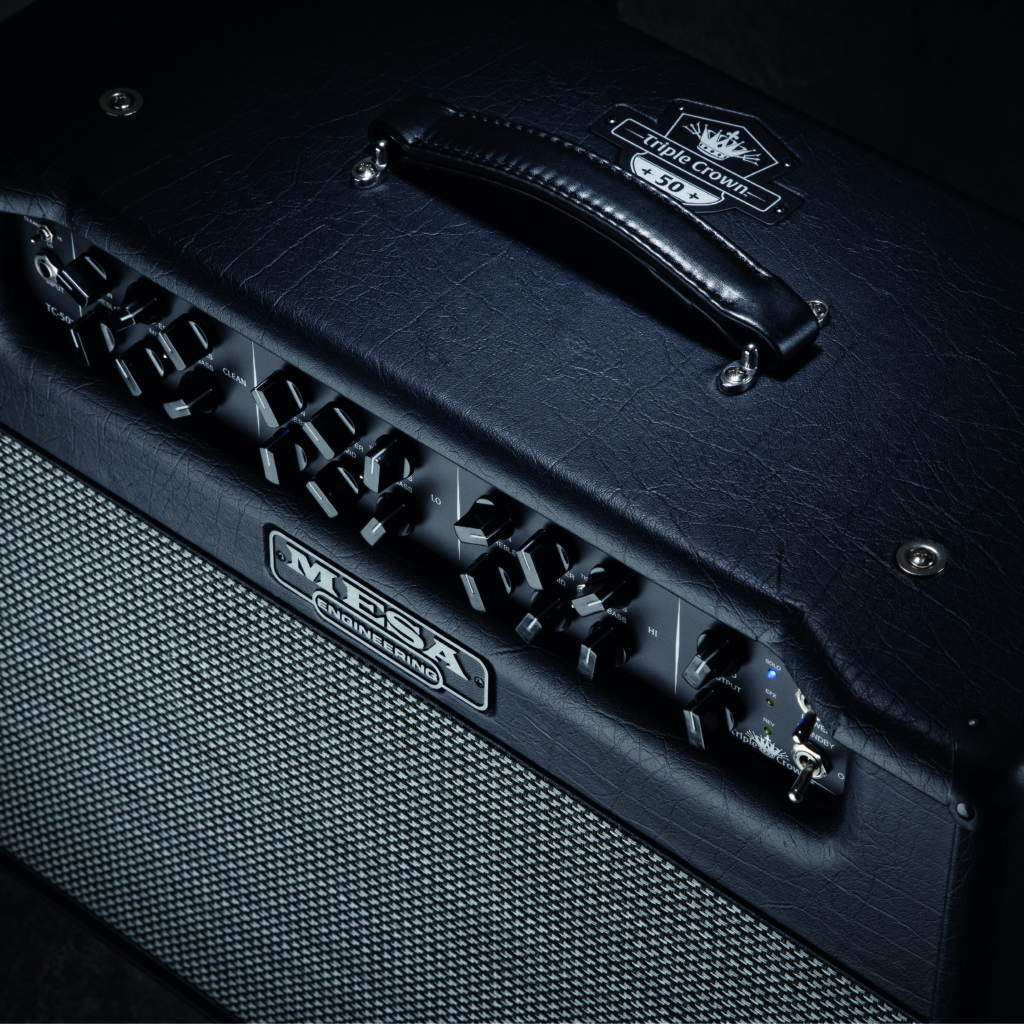 If you’re a fan of the work they do at MESA, you’ve got to experience what they’ve captured in the new Triple Crown TC-50. Dressed in traditional design with a hint of modern style, get ready to experience the new generation of Rock royalty– The Triple Crown TC-50! A new level of versatility delivered with an immediacy of attack and gut-punch mid-range.

Visit your nearest MESA dealer for a demo today

This website uses cookies to improve your experience while you navigate through the website. Out of these, the cookies that are categorized as necessary are stored on your browser as they are essential for the working of basic functionalities of the website. We also use third-party cookies that help us analyze and understand how you use this website. These cookies will be stored in your browser only with your consent. You also have the option to opt-out of these cookies. But opting out of some of these cookies may affect your browsing experience.
Necessary Always Enabled
Necessary cookies are absolutely essential for the website to function properly. These cookies ensure basic functionalities and security features of the website, anonymously.
Functional
Functional cookies help to perform certain functionalities like sharing the content of the website on social media platforms, collect feedbacks, and other third-party features.
Performance
Performance cookies are used to understand and analyze the key performance indexes of the website which helps in delivering a better user experience for the visitors.
Analytics
Analytical cookies are used to understand how visitors interact with the website. These cookies help provide information on metrics the number of visitors, bounce rate, traffic source, etc.
Advertisement
Advertisement cookies are used to provide visitors with relevant ads and marketing campaigns. These cookies track visitors across websites and collect information to provide customized ads.
Others
Other uncategorized cookies are those that are being analyzed and have not been classified into a category as yet.
SAVE & ACCEPT
We use cookies to ensure that we give you the best experience on our website.
If you continue to use this site we will assume that you are happy with it.