Mesa Boogie have just announced three cool new pedals over at Musikmesse in Frankfurt. Let’s have a look at them:

This Powerful new EQ version of the FLUX-DRIVE adds boogies classic Five Band Graphic EQ and footswitchable HI/LO performance Modes  for increased shaping power and enhanced stylistic versatility. The Graphic EQ can be applied to both HI and LO Gain Modes enabling you to have a global EQ curve, or it can be applied to either gain Mode separately allowing you to have two “preset” sounds and gain signatures to switch between. However you choose to utilize all this potential, the warm rich FLUX-FIVE overdrive is sure to inspire you and bring out your best. SSP£249 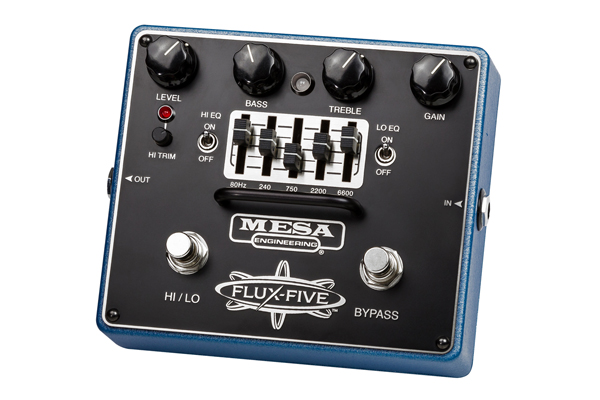 Boogie® Five-Band Graphic – Legendary “Boogie” 5-Band Graphic EQ in a Pedal! For well over four decades now the Boogie Five Band Graphic EQ has been at the heart of chart topping guitar sounds and it’s hard to ignore the impact its now-classic “V-Curve” has had on modern guitar sounds and popular music. Boogie now offer this powerful tool in a stand alone pedal format that packs the same shaping power and hand-built in Petaluma, CA quality as  found in Boogie’s high-end amplifiers. Whether used in front of your amplifier’s Input or in your Effects Loop, it gives you a footswitchable Tone option you can employ on demand. And when it’s not engaged, your sound is pure and unaltered thanks to the Hard Bypass Feature. SSP £199

The new THROTTLE BOX EQ™ combines the enhanced shaping power of the popular Boogie Five Band Graphic Equalizer with footswitchable HI/LO performance Modes and easy Top Panel access to the previously internal BOOST feature. Like the original, this expanded THROTTLE BOX includes two modes but here they are controlled by a HI/LO footswitch that enables you to have two gain regions to choose from during live performance. The EQ can be assigned to either or both of these Gain Mode choices so that it becomes active with the desired Gain Mode selection. There’s also a MID CUT control that allows global scooping of the mids in addition to whatever you might do with the Graphic sliders. SSP £249 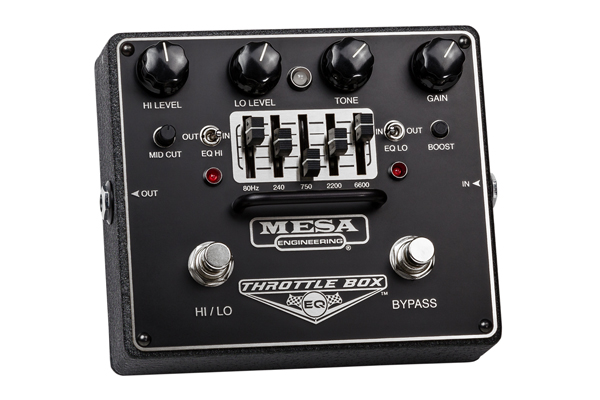 This website uses cookies to improve your experience while you navigate through the website. Out of these, the cookies that are categorized as necessary are stored on your browser as they are essential for the working of basic functionalities of the website. We also use third-party cookies that help us analyze and understand how you use this website. These cookies will be stored in your browser only with your consent. You also have the option to opt-out of these cookies. But opting out of some of these cookies may affect your browsing experience.
Necessary Always Enabled
Necessary cookies are absolutely essential for the website to function properly. These cookies ensure basic functionalities and security features of the website, anonymously.
Functional
Functional cookies help to perform certain functionalities like sharing the content of the website on social media platforms, collect feedbacks, and other third-party features.
Performance
Performance cookies are used to understand and analyze the key performance indexes of the website which helps in delivering a better user experience for the visitors.
Analytics
Analytical cookies are used to understand how visitors interact with the website. These cookies help provide information on metrics the number of visitors, bounce rate, traffic source, etc.
Advertisement
Advertisement cookies are used to provide visitors with relevant ads and marketing campaigns. These cookies track visitors across websites and collect information to provide customized ads.
Others
Other uncategorized cookies are those that are being analyzed and have not been classified into a category as yet.
SAVE & ACCEPT
We use cookies to ensure that we give you the best experience on our website.
If you continue to use this site we will assume that you are happy with it.