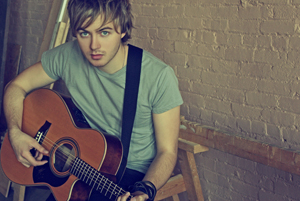 The incredible Joe Robinson is visiting London in May and we’re very fortunate to be having him come visit us and play a few tunes. He’s going to be at Westside MI, 24 Denmark St, London WC2H 8NJ on Monday 7th May at 3pm. No ticket required, it’s an informal performance right there in the showroom at Westside MI.

Why not make your bank holiday Monday a ‘guitar day’?

Come up to central London, spend some time looking round the guitar shops in Denmark St and check out the playing of this truly amazing 20 year old !

Joe plays guitar like Ali boxed, like Einstein knew physics and like Hitchcock made movies…it’s in his blood….you’d think he was born with a guitar in his hands. If this chipper young lad from backwoods Temagog, New South Wales, Australia were two or three times his age, his ability and compositional insight, which have already earned him a world-wide following, would be no less astonishing. At 13 years old Robinson truly found his calling, after meeting the Emmanuel brothers, Phil and Tommy, widely considered Australia’s two finest guitarists. He was particularly struck by Tommy’s dazzling acoustic finger picking technique and turned to the acoustic guitar as his primary instrument. Joe tells us ‘”When I saw Tommy, I immediately thought, ‘I’ve got to be that good!’ ” Tommy was also taken with Joe’s blossoming talent and became his mentor, in later years introducing him to American audiences by taking him on a tour of the States that included an important stay in Nashville,Tennessee, where Robinson currently lives.

Don’t miss the opportunity to see Joe play and meet him in person – make bank holiday your ‘guitar day’ !