there’s just a few more days left of the ‘Hear My Train A Comin’ Exhibition, on display at the Hospital Club in London. Very much about the story of Hendix’s time in the UK- where arived and unknown and left a star- the exhibit celebrates what would have been the 70th birthday of the guitar wielding legend

Displays feature Jimi’s clothes bought from the Carnaby Street area, parts of his record collection and even a guitar body once owned, written on, set alight and smashed to pieces by the legend. Also there is records from The Experience, pictures, his personal diary entries, and even a quaint piece of hotel paper

which Hendrix wrote lyrics on and doodled all over.

In the window are some strategically placed pedals consisting of the Dunlop Hendrix Fuzz Face, an Octavio as well as a Hendrix Cry Baby wah, some iconic pedals which the man himself made famous, and here at Westside we help commission a commemorative Dunlop Pick Tin design which is on sale exclusively at the event, check the art work below.

The Hear my Train a Comin’ exhibition runs from 27 July – 31 August 2012 at the Hospital Club gallery, tickets and more info here. 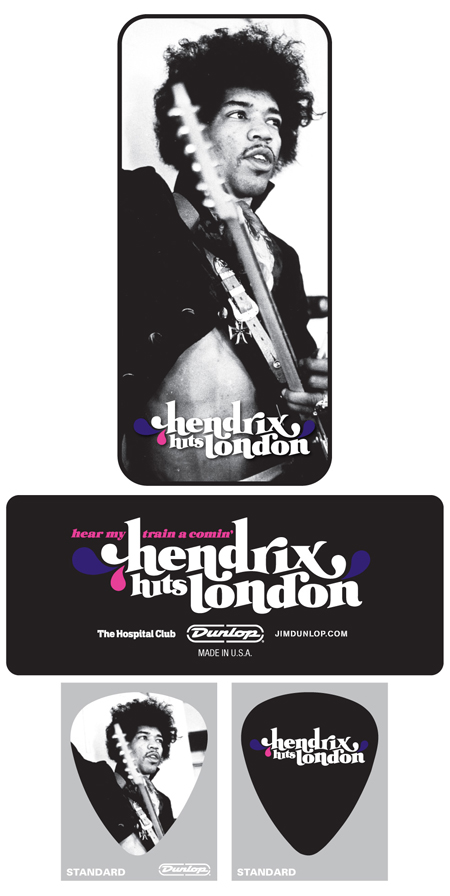